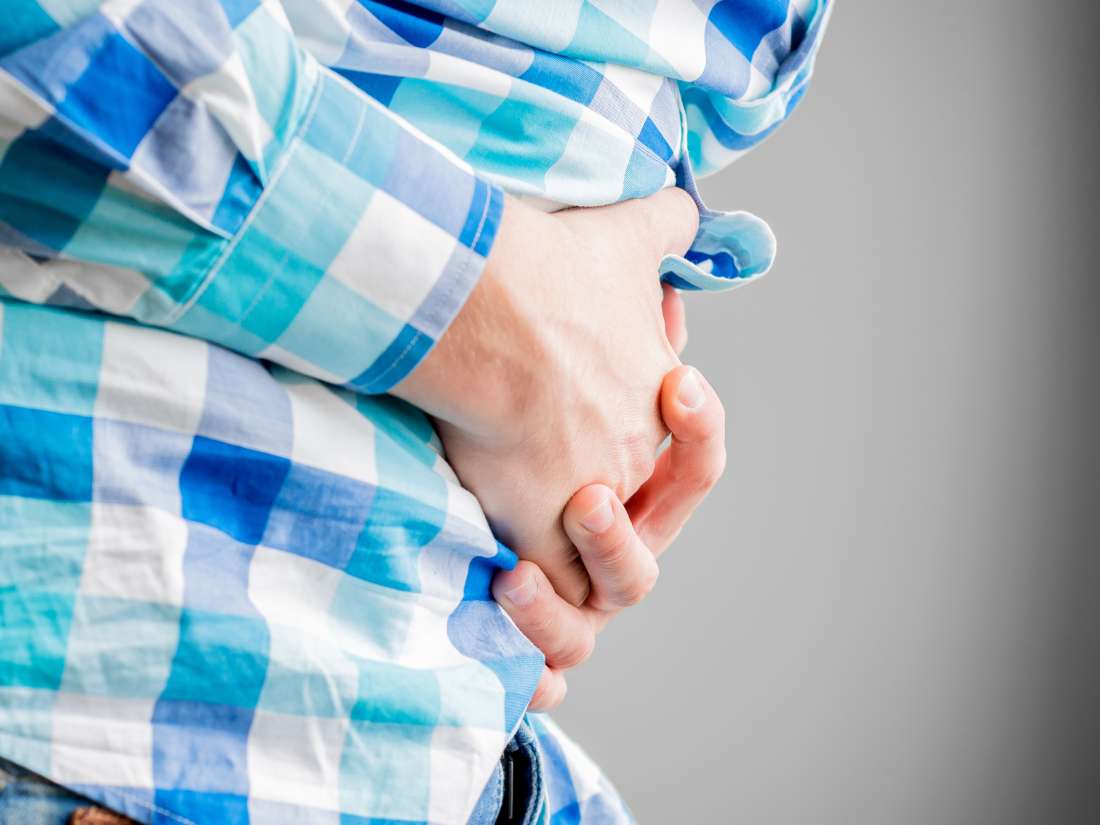 The effect of different foods on gut health depends on numerous factors, including a person’s overall diet and food sensitivities. Someone who is sensitive to certain foods, for example, might suffer with gut health issues from a food that would otherwise be gut friendly.

In this article, learn about the worst foods for gut health, why they contribute to gastrointestinal problems, and more.

The following foods may undermine gut health for some people: 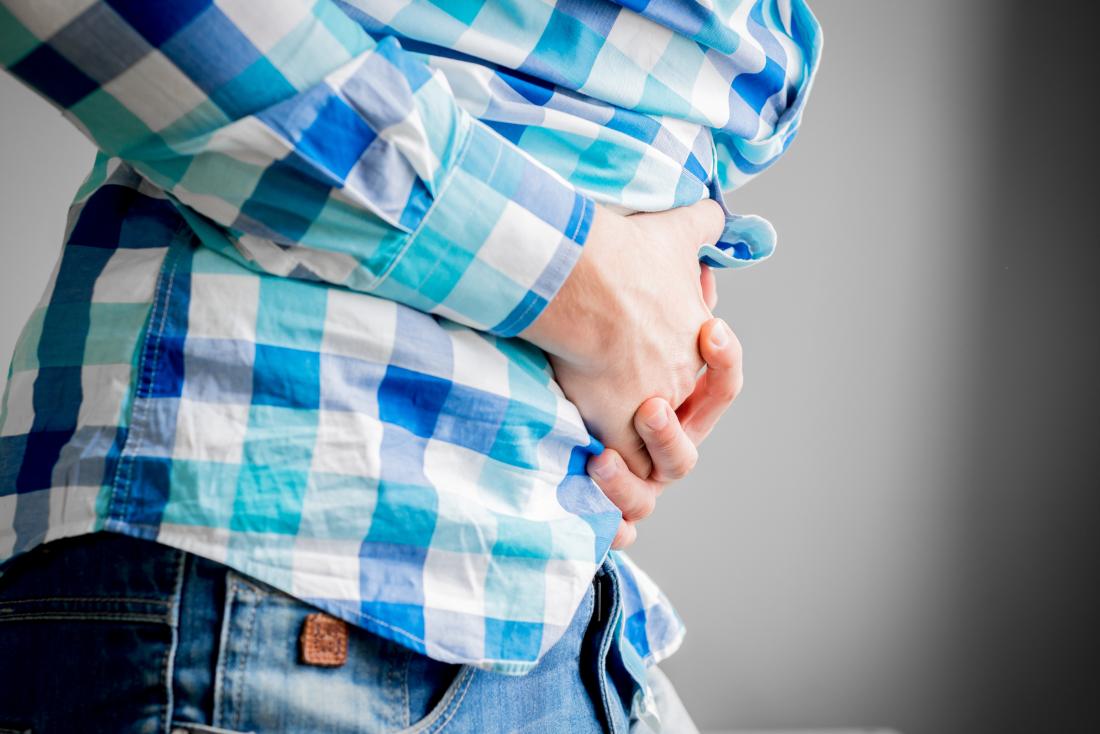 If a person’s diet is high in animal protein, they have a higher risk of IBD.

Food from animals — including meat, dairy, and eggs — offer many health benefits. They are rich in protein and other nutrients, such as choline. However, people who eat diets very high in animal protein may suffer harmful changes in their gut microbiome.

A 2019 study suggested that red meat may be especially unhelpful, as it raises levels of trimethylamine N-oxide (TMAO). TMAO is a byproduct of gut bacteria. Researchers link high TMAO levels to a higher risk of heart attack and stroke.

High FODMAP foods are ones that are fine for many people to eat but may cause gastrointestinal problems in people with bowel issues, such as irritable bowel syndrome (IBS).

However, many highly nutritious foods, such as figs, apricots, and avocados, are also high FODMAP foods.

People following a low FODMAP diet may wish to try an elimination diet. This process means cutting out and then slowly re-adding potentially problematic foods to see which ones cause gut problems.

Learn more about which foods to eat and which to avoid on a low FODMAP diet here.

Some foods may contain antibiotics that can kill good bacteria in the gut.

Farmers, especially those with large scale operations, often treat animals with antibiotics to reduce the risk of serious infections.

The use of antibiotics remains controversial, and some European countries have strict regulations controlling this practice.

Excessive exposure to antibiotics, especially in a person or animal who is not sick, may promote antibiotic resistance. This happens when bacteria that are repeatedly exposed to antibiotics evolve to resist the drugs.

Antibiotics do not just kill bad bacteria but can also kill helpful bacteria in the gut. Some people chose to take probiotics when using antibiotics to help prevent side effects.

Many people are aware of the risks of taking antibiotics unnecessarily, such as for a cold. However, about 80% of antibiotics sold in the United States are used for animal agriculture.

Fried foods are harder for the body to digest. People often cook them in oils rich in saturated and trans fats that may further irritate the stomach, causing diarrhea, gas, and stomach pain.

Fried foods may promote the growth of harmful gut bacteria as well.

Why is gut health important?

The complex colony of organisms that live in the gut can affect virtually every aspect of health. Researchers are only beginning to understand the gut microbiome’s far reaching effects.

When the body does not have the right balance of bacteria, certain organisms can grow out of control, impacting on fungal and other infections. For example, a person who takes antibiotics may experience changes in their gut bacteria that make them more vulnerable to yeast infections.

So far, research suggests that gut health may play a role in:

Plenty of nutritious foods may help promote gut health. Food groups that are especially helpful include prebiotics, which help feed good bacteria, and probiotic, which can add beneficial bacteria to the gut.

Prebiotics are foods or food ingredients that the body does not digest. Instead, bacteria ferment them and use them for food.

All prebiotics are a type of fiber, but not all fibers are prebiotics. This helps explain why some forms of fiber may be better for gut health than others.

Some healthful prebiotic foods include: 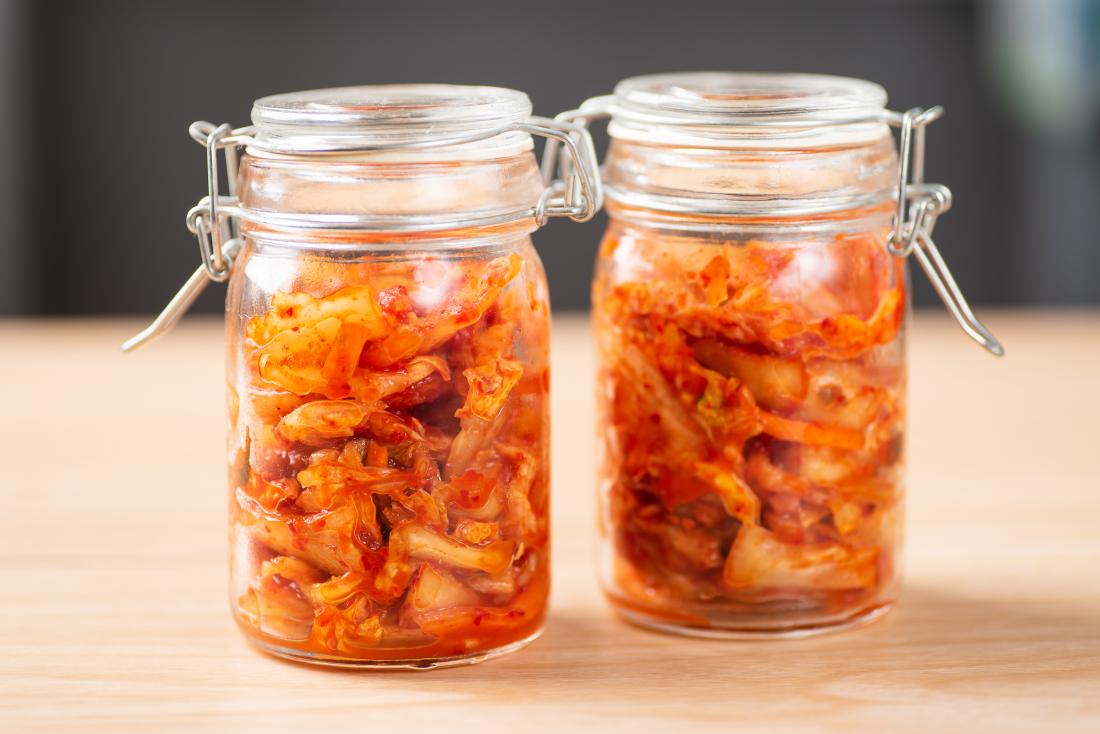 Kimchi and other fermented foods can help increase healthful bacteria in the gut.

Probiotics contain healthful bacteria. Some examples of probiotics include:

Some prebiotics and probiotics are also high FODMAP foods, so an individual may need to examine their dietary goals when deciding whether to consume each food.

No single food is a magic key to good gut health. Some fermented foods, which are often popular probiotic choices, may actually worsen gut health in people on low FODMAP diets.

Other foods, such as red meat and fried foods, may be best to avoid or reduce to improve gut health.

People hoping to improve gut health can talk to their doctor or dietitian about their specific gut health goals. A trial-and-error approach often produces the best results.

People looking to improve their gut health may wish to consume probiotics and prebiotics. These are also available as supplements, which people can purchase in health food stores or online:

We picked linked items based on the quality of products, and list the pros and cons of each to help you determine which will work best for you. We partner with some of the companies that sell these products, which means Healthline UK and our partners may receive a portion of revenues if you make a purchase using a link(s) above.